Showing posts from August, 2006
Show all

Things I have learned online

August 24, 2006
I read a lot of stuff on online. Some true and some false I am sure. One article I read told me how to be a loser. I'll share, "To be a loser, hang out with losers" Instead of looking for a job or going to school, hang out at the car wash and play your car stereo real loud. I learned that the capitol of Burkina Faso is Ouagadougou. I also find funny stuff like The Redneck scrap book ,courtesy of Neal Boortz.
Post a Comment
Read more

August 23, 2006
Well I got my results for my photographs. It seems only 5 of 10 passed the standards. I can re-submit in 30 days, which is cool. I can take rejection, and there was lots of constructive criticism, which will only make me a better photographer. Laundry day, two loads completed in an hour, still haven't put them away in their proper storage locations, I hate laundry. Father of Tronster is on the search for some quality office furniture, he has already purchased some very nice bookshelves for his office. At the time, he did not have enough money for the Desk and file cabinet. Well, he practice sound budgetary restraint, and saved his money for the rest. Now he has the money and the store doesn't have the gear. SO we looked at the manufacturers web page to see about purchasing from another retailer or location. It turns out that the furniture is EXCLUSIVELY sold at this retailer. So all the stores within 100 miles of his house or mine are sold out. Way to go guys Anoth
Post a Comment
Read more

August 20, 2006
Well its official. Yesterday I uploaded several images to a stock image agency to see if my photography is any good. The preliminary test is a 70% pass or fail. You load ten images, if 7 of 10 are accepted, you can start uploading more. So I took the plunge and I am attempting to get paid for my expensive, yet fun, hobby. On a lighter note, What superhero are you most like? Click here Superhero Test to find out. Check it out Because I am "Superman!!!"
1 comment
Read more 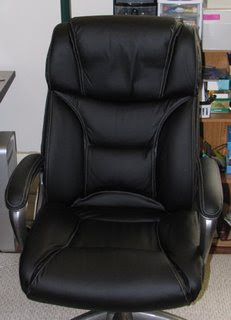 Hey folks Just returned from a day of resupply. Casa de Tronster was a little low on needed supplies. So I bought a few things from the Megalowmart in the area. Miami Vice season 1 and 2 and "Pinky and the Brain" are just a couple of entertainment choices for my next overseas adventure. Here at Tronster central, I needed a new pilot chair, so I bought the lovely model you see here. With only 27 parts and two tools, your handy commentator was able to put the thing together without hurting himself. That doesn't mean I won't fall out of the chair later. I was also in need of a precision time keeping apparatus, so I bought Atomic Clock Watch. It set before I left the parking lot. Until later "Good Night and Good Luck"
Post a Comment
Read more

August 18, 2006
Today is Friday in Tronster land. It is a beautiful day. It is however, a little warm. I wanted to share an observation made today at the doughnut shop. Our Doughnut Shop, a popular brand, has a sandwich shop in the same building. They make great sandwiches. I frequently go there for a pressed sandwich. Anyhow, while eating today, I noticed a large woman come in and buy a bag of doughnuts. Not six feet from the counter this lady, older, maybe even retired, began eating here doughnut. I thought to myself, see, this is why socialized medicine is a bad idea. People will not take care of themselves and the healthy ones would have to foot the bill for the people who do not think about their diet. Two new junk email names Zebra Stripes Program Earn Take care
1 comment
Read more

August 15, 2006
Just watching TV, I heard a great warning for a sleeping pill "May Cause Drowsiness" Go Figure.
Post a Comment
Read more 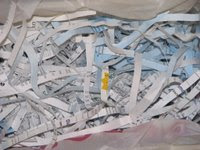 I get more than my fair share of credit card offers. I have no idea why. I even get offers from my current credit card company. You would think that once they have you in their system, they can purge you from the mailing list. Evidently thats not an option. So, to all of you mass mailers out there, here is how I file the previously mentioned credit card offers.
Post a Comment
Read more

On any given Flight

August 11, 2006
Hey there readers. Just wanted to share a little airline observation made on my last flight. Something that I do while waiting for an international flight is look around the waiting room and think to myself, prior to meeting anyone, is who I would hope to be sitting next to. More accurately, who I hope I am not sitting next to. On the last flight, the time for waiting was not all that long, and I was able to board relatively quickly, although I was sitting in the back of the bus, so to speak. When the American woman, and her family came on board. Now I won't mention the utter lack of respect for carry on requirements, but just say, they exceeded the allotted amount. As they family was finding their way to their assigned seats, in economy, she was explaining to her husband how on the next trip one of their teenage sons would not be allowed to travel with them again, apparently due to a question he asked. I thought to myself, that's odd, scolding a young man for his cur
Post a Comment
Read more

August 06, 2006
I have returned to Casa de Tronster, and now have lots of work to do. While I was out of town, employer of Tronster was unable to set up direct deposit of pay for Tronster. This little oversight on their part was do to the complexities of money transfer. (A complexity that I do not understand) I could access my accounts with an ATM card in Abu Dhabi, but they couldn't transfer my pay to them accounts because being an all powerful technology company, something has slipped through the cracks. Go Figure. I have unpacked most of my stuff. However, I must now do laundry (bummer). The other pressing chore is to go through a months worth of mail and sort according to priority and answer required letters. This is always fun, when I am home it takes to much time to go through the junk mail and the mail I want to receive, now I have been gone a month and I am sure there is a lot to sort. Once foxy neighbor wakes from her beauty sleep, I will get the afore mention bundle of mail. I a
1 comment
Read more

August 02, 2006
Hey everyone, guess what? I am back in Dubai. Abu Dhabi was nice, the room was better, and the staff at the Beach Rotana were awesome. Especially Rose, Dyne, and Rosemarie. Those ladies could spoil a man. Thanks for the good times. That hotel had the most exotic cars in one place I have ever seen. One night, there were 3 Bentleys, a Ferrari (maybe 2) and an Aston Martin. Plus more BMWs and Mercedes than you could shake a stick at. Very cool cars. Back in Dubai, I get to see my friends, CG and IT. I told IT I would marry her for 600000 pesos. I think she thinks I am serious. The news made her blush, so it was funny. I have also met the famous Sunshine that works here. I am so lucky. Will be heading back to the states soon, check back for more adventures. Troy
Post a Comment
Read more
More posts