Yugoslavia was a country started in 1943 at the end of WWII.  The country split up in 1992 after internal ethnic troubles persistant and the area was at war.  I have had the opportunity to visit a couple of locations from the former Yugoslavia.  Zagreb, and Sarajevo. 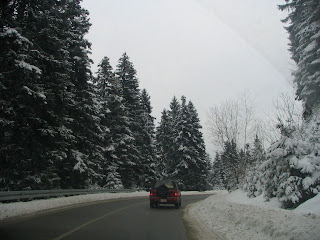 In 1984 the town of Sarajevo hosted the winter olympics.   On one of my free days, some colleagues and I headed to the Olympic resort.  Located just outside the city, we had to drive up the mountain to enjoy the snow capped mountains.  Since the end of the war, sarajevo has been struggling to get tourist back in their country, so we were heading north to see what there was to offer.  Sarajevo itself was in various stages of rebuilding and during the civil war, was the center of fighting for much of the time.  I believe the city was under siege for a couple of years. 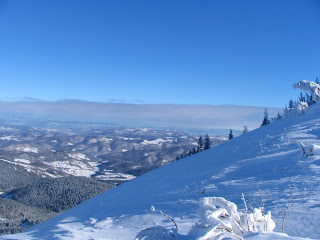 As we pulled into the Olympic village and found us some parking we headed to meet our guide for the day.  Our party consisted of about 9 people.  We had different intrest for the trip.  Some wanted to ski, some wanted to snowboard and some wanted to snowmobile. (Snow machine for you folks in Alaska).  From the top of the mountain, everything looked very peaceful.  For me, this was a new kind of cold.  Really, a new kind of cold.  Our guide explained the snow was about 12 meters deep when we picked up our snow mobiles.  In addition, there was a local news team to cover the tourists that come to visit the city. 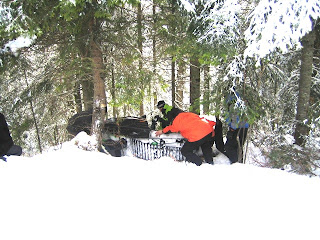 I am someone who has never owned a motorcycle.  I grew up in Northeast Florida.  This was my first time on a snowmobile.  And I crashed it.  You will see from the left, several folks assisted me in the recovery.  I think there is some of my pride still sitting on the old mountain.

Overall we had a wonderful time of fun and fellowship.  I was able to see some really cool sites and crash a snowmobile.


The A to Z challenge is coming to an end.  Keep up the blogging even after the challenge.  I have had a great time and look forward to following new people until the next A to Z.
at April 29, 2013

Email ThisBlogThis!Share to TwitterShare to FacebookShare to Pinterest
Labels: A to Z Challenge, olympics, ski, snowmobile, the Letter Y, Yugoslavia