Sunshine and I recently were able to take a much needed Vacation . lucky for us we have family in toronto Canada. while there we took advantage of a program called City Pass. one of the attractions was Casa Loma . A Castle built before WWI . The owner wanted a place that reminded him of his Scottish Roots Erm in the 1920's the home cost 3.5 million dollars to build. Uafrtemwly, MR. pellet Ran out of money before he Was able to move in and live there for any length of time . The Castle Home is a great family attraction . A Couple of the cool parts include the hall in the basement close to the Cafe. this hall inehdes all the movie posters d. moves that had beer filmed at Casa Loma. There Is a tunnel that goes across the street to the carriage house and garage however it was closed the day we Showed up . 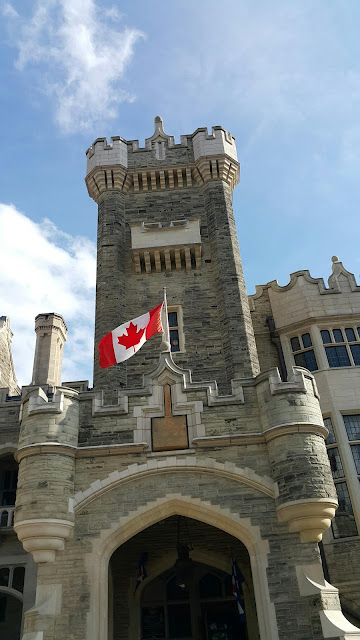 "G" is for Gettysburg

Gettysburg PA, the site of an important battle from the United States Civil War.  Living in Northern VA, not all travel destination require us to get on a plane.  The Gettysburg National Military Park is a prime example.  This park has been featured in several movies, including Gettysburg, as well as Remember the Titans.  If you are a Civil War buff, or American History buff, this is a place to visit.  I believe the military study of this battle has been extensive. The battle of Gettysburg ended Robert E Lee's second invasion of the North during the Civil War. It was the bloodiest battle in the a war, with somewhere around 51,000 americans being killed on the field. This year is the 150th Anniversary of the Battle of Gettysburg.  There are several events planned. The park is located in Gettysburg PA.  It is about 90 miles north of DC, located in central southern Pennsylvania. My wife and I had some friends over last year and we took a road trip to Hershey Park, (A post f
Read more